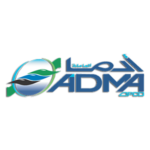 The Umm Lulu field is located in the Arabian Gulf 30km north-west of Abu Dhabi, UAE and is being developed as part of a strategic initiative to pump 1.75 million barrels of crude a day by 2017, increasing Abu Dhabi's total crude oil production to 3.5 million barrels a day.

Sodium hypochlorite is highly corrosive and so traditional super-duplex materials cannot be used. Cumberland considered using plastic components in the pumps but ruled this out due to known reliability issues and failure rates and so was seeking a new solution for this challenging problem.

Cumberland approached a number of manufacturers to tender for the pumps, which were required on a tight 24 week delivery, and Amarinth was the only company that offered a solution.

Drawing on its wealth of experience in casting exotic materials, Amarinth proposed using titanium alloy for all wetted parts, including the casing, impeller and shaft, to minimise corrosion from the sodium hypochlorite.

Titanium has proven itself for long term reliability, particularly in the aerospace industry, and is now starting to become used in industrial applications.

There are however only a limited number of foundries that have the capability to cast components in titanium, especially in the larger sizes needed for pumps.

Titanium is relatively difficult and expensive to weld and so Amarinth designed the pump casting with an integrated drain bend and flange to minimise welding requirements.

A further challenge in casting titanium compared to other exotic alloys is maintaining good flow over severe changes of dimension or direction and so the design required careful consideration of fillets and tapers where such changes occurred.

Amarinth was able to source the titanium through its extensive supply chain and worked closely with Castings Technology International in Sheffield, United Kingdom, to cast the components.

Casting in an inert atmosphere

Titanium is a volatile material susceptible to atmospheric contamination and so the process has to be very carefully controlled.

High levels of traceability were maintained throughout the manufacturing and assembly as titanium components look very similar to those manufactured from other materials but any mistaken substitution would have led to potentially disastrous consequences.

Having overcome all of the challenges, Amarinth successfully manufactured and assembled the titanium pumps which will be commissioned on the offshore Umm Lulu platform during late 2016.

Abu Dhabi Marine Operating Company (ADMA-OPCO) is a major producer of oil and gas from the offshore areas of the Emirate of Abu Dhabi having completed over 50 years of oil and gas production.
ADMA-OPCO currently operates two major fields - Umm Shaif and Zakum. These operations are centred on producing oil and gas and transferring the crude through a sophisticated pipeline network to Das Island for processing, storing and exporting.
More recently ADMA-OPCO has been involved in the fast paced development of new fields including the Satah Al Razboot (SARB), NASR and Umm Lulu fields.

"Working with Amarinth was a pleasure as they have full control of the pumps design and are able to react quickly, and as necessary, to ensure the part designs were optimised for the very challenging titanium casting process.”