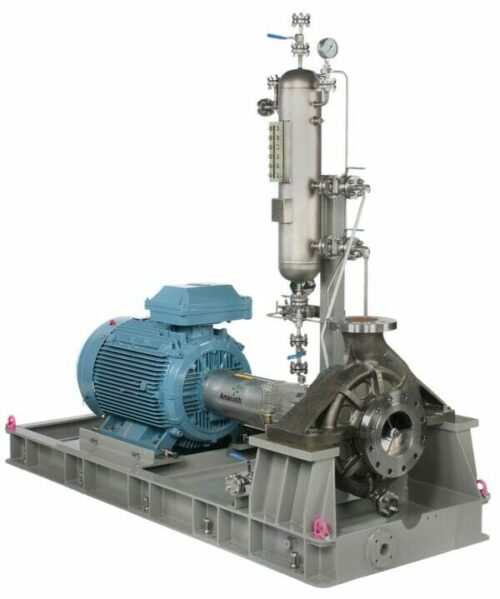 Aker Floating Production has embarked on an innovative project to convert four tankships into Smart Floating Production, Storage and Offloading (FPSO) vessels to provide offshore field operations with a flexible and cost effective production facility which can be rapidly deployed to accelerate production of first oil in benign deepwater regions.
Aker turned to the Norwegian company Turoteknikk to supply four API 610 OH2 process pumps for pumping crude oil on the vessel. At the time of the order however, no lease had been agreed for the vessel and so Aker did not know which field the FPSO would be sent to nor the exact duty conditions of the pumps. In addition, with a build time of only 12 months to get the vessel ready, the lead-time on the pumps was extremely short.

The initial requirement was for carbon steel pumps with single mechanical seals. However, it was clear that the chosen supplier would need to be flexible and responsive as the final deployment of the vessel would dictate exact requirements.
Based on Amarinth’s experience of the oil and gas industry and its flexible approach to difficult problems, Turoteknikk asked Amarinth to supply the pumps.
Through both the bid phase and post order the specifications of the pumps altered rapidly. Amarinth worked closely with Turoteknikk and used its expertise in the offshore industry to find a solution that could meet all these requirements. Amarinth specified its super duplex steel ‘A’ series pump and to further shorten lead-times supported the double mechanical seals with its own brand Protect System API 682 Plan 53A seal support system.
Amarinth undertook a number of expediting visits early in the contract in order to ensure that lead-times could be maintained. One outcome of this was for Turoteknikk to source the motors in Norway from an alternate supplier so that they could be delivered quicker than those originally specified.

As the order progressed, Aker announced that Reliance Industries Limited would lease FPSO Aker Smart 1 for use in India’s MA field in the Bay of Bengal. This created a need for additional documentation in a format required by Reliance. Amarinth staff had previous experience of working with Reliance which helped greatly in meeting these needs within impacting the lead-time.
Design changes continued until the last minute and the duty details were only issued weeks before the final test. Amarinth met the deadline though and tuned the pumps to achieve the specified performance and pass final DNV witness tests successfully.

The teamwork and success of the project has resulted in Amarinth discussing an agency agreement with Turoteknik for Scandanavia. This partnership has already resulted in a further order from DONG Energy in Denmark for four API 610 OH2 process pumps. 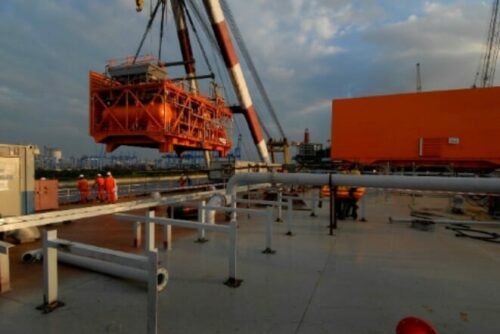 Aker Floating Production is an oil service company focused on the cost-effective Floating, Production, Storage and Offloading (FPSO) solutions for operations in benign waters. The company’s business is to own, operate, and charter converted tankers equipped for oil and gas production, oil storage, and gas export.
Aker Floating Production competes in the FPSO market segment for medium to small fields located in benign waters. Many of these fields are situated offshore West Africa, South-east Asia, and South America and in the Gulf of Mexico.
Aker Floating Production is part of Aker, which has a total of 27,100 employees in 35 countries and had revenues in 2007 of NOK 62 billion.
Aker’s history dates back to 1841, during the early days of Norway’s industrialization. A prominent force throughout several industrial epochs, Aker has played an important role in the development of Norwegian society as we know it today.

“This project posed an extremely challenging timescale and the scope of supply stretched ourselves, Amarinth and the client. Amarinth proved to be very flexible and responsive in their dealings with the end client greatly assisting in the success of this project.”