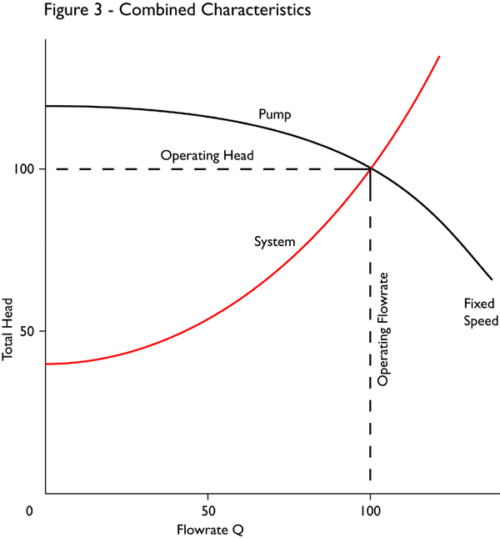 In this time of escalating energy prices, new technologies that can reduce steam operating costs are high on most plant operators’ agendas. One area where significant savings can be generated is by improving the efficiency of condensate recovery. Oliver Brigginshaw, Managing Director of Amarinth, explains:

Steam heating and process systems generally collect condensate and return it into the system to recover its sensible heat. Clearly the quicker the condensate can be returned the more sensible energy is recovered, thereby reducing operating costs. Traditional systems rely on centrifugal pumps to return the condensate, but the volume of condensate varies according the demands placed on the system. Given that frequent starting and stopping direct on-line motors seriously reduces their service life, large condensate recovery units (CRU) are therefore needed to collect the condensate until the stored volume is sufficient to start the pumpsets and run them at a fixed speed for a period of time that is governed by the maximum number of motor starts per hour. With a limitation of some 10 motor starts per hour, the result is that the condensate has often lost much of its sensible energy by the time it is returned to the system.

The centrifugal pumps used in most systems are however robust and reliable. Their performance is also very predictable and governed by well established rules – the Affinity Laws (see Fig 1). These state that:

Clearly, for the condensate recovery system to be more efficient it must have a pump that can be cycled on and off more frequently to return the condensate to the system before it loses so much of its sensible heat. However, as the pump would be running more regularly, simply using a fixed speed pump will mean that the saving resulting from returning the condensate more quickly may be outweighed by an increased consumption in power, as the unit will only operate at maximum power. Varying loads of condensate might also mean that the pump would require other mechanical means of controlling flow rate, which are generally expensive and add additional frictional losses into the system.

This is where the Affinity Laws above can be used effectively. These show that power consumption reduces with speed cubed. This means that running a pump at 30Hz (instead of the usual 50Hz) results in a massive 78.5% drop in power consumption. As such, if the speed of the pump can be varied to run at the minimum speed required to pump the condensate at the rate that it is actually received, then there are significant benefits to be gained in both returning the condensate more quickly into the system and in reducing the overall power consumption of the pump.

Fixed speed pumps have fixed characteristics and so unless the system is manipulated in some way they will only operate where the pump curve intersects the system curve (see Fig 2). Centrifugal pumps are also generally a fixed geometry and so they have a best efficiency flow rate when the fluid flow pattern best matches the vane angles and passages. It can be seen from Figs 3 and 4 that the efficiency obtained by varying the pump speed changes dependent on the type of system – more or less static with less or more friction. Pump/system matching can be accurately modelled though using the Affinity Laws and so the pump/system interaction can be computer modelled. Therefore system behaviour and economics can be predicted for a range of conditions.

Centrifugal pumps are ideal to control via their speed because their performance is so predictable. Combining a standard centrifugal pumpset with an inverter to replace the motor control panel and a process control sensor/sender with an electronic output compatible with the inverter delivers a reliable and robust system capable of being set up to the best simulated operating regime, and changeable to suit changing conditions.

The benefits from such a system can be enormous. Working in partnership with Spriax Sarco, a leading provider of knowledge, service and products to steam users and specifiers world-wide, Amarinth has engineered a new range of CRUs and control systems that take advantage of up to date variable speed technology. The Ci-Nergy range of variable speed pump units incorporate a soft-start control that both extends the service life of the pumpset and allows it to be operated much more efficiently than previously. The speed of the pump can be adjusted between 10Hz and 50Hz depending on the level of condensate to be returned and the actual system curve. In use, the saving in electricity alone for these new units can be shown to be over £1000 per unit per annum.

As the condensate is being returned much more continuously, a much smaller CRU was designed which means that the Ci-Nergy unit is very compact, thereby reducing its manufactured cost. Most importantly though, the condensate is returned on average 10 deg C hotter, delivering significant savings in re-heating costs. This can amount to as much as £10,000 per annum in a typical system.

The combination of energy savings and the fact that the Ci-Nergy CRU costs less to manufacture than traditional units means that operators will get a return on their investment in just 6 to 9 months. Upgrading is also very straight forward as the new units have a smaller foot-print than existing ones and so they are easily fitted through the standard access doors used in industrial buildings. The Ci-Nergy units are also designed with future upgrades in mind, for example the addition of Building Management Systems where any controls and/or alarms can be monitored centrally, or the addition of duplex pump units.

With no end in sight to the regular rises in energy prices and with such a quick return on investment possible from the new variable speed CRUs, now is the time to start replacing ageing units instead of simply spending money effecting repairs to extend the service life of an inefficient existing system. For new installations, the decision is simple; install the best and most economic CRUs available.