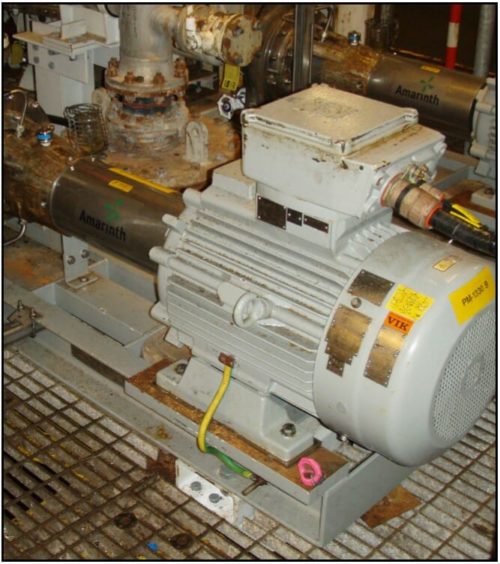 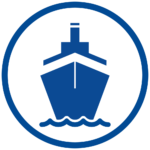 A halt in commissioning - Like many of the other North Sea operators, Britannia Operator Limited ordered two Amarinth B-Series API 610 pumps with Protect System 3000 series seal support systems and variable speed drives for installation on one of their rigs as part of making the rig OSPAR compliant and so reducing pollutants returned to the North Sea.

The two single stage centrifugal pumps were to be commissioned by AMEC (the company supporting the rig) to pump produced water from the degasser vessel to the coalescer skid situated some distance away on the north facing deck. The pumps were critical to the overall operation and formed an integral part of the coalescers performance.
The system that the pumps were being installed into was complex using variable speed drives (VSDs) and level control to regulate the speed of the pumps to match the system requirements dynamically.

In the majority of cases where there is a service company in place, such as AMEC, to support operating and commissioning of equipment then the manufacturers are not called on for commissioning.
However, on this occasion, AMEC decided that it needed to approach Amarinth to assist in the commissioning of the new equipment as Amarinth’s expertise in pump operation meant that it could programme the VSDs to get the best performance out of the pumps.
With deadlines to be met, speed was of the essence and Amarinth was able to dispatch an engineer to the rig in just 24 hours.
The engineer carried out an immediate review of the existing installation and found that a rewriting of the system filling procedures to suit the particular site was needed. He completed this on-site in order that that the commissioning procedure could continue. Without his knowledge the solution would not have operated.

The Amarinth engineer also identified a number of other issues and within the same visit was able to configure the inverter to meet the site requirements and recommend enhancements to the system to improve performance, including arranging for overnight delivery of critical parts and rewiring the VSD panel.
Before leaving the engineer provided training to the staff responsible for tuning the system on pump control.
The knowledge of the Amarinth engineer in both pump operation and programming the VSD meant that commissioning not only proceeded smoothly to plan, but as there was only one engineer mobilised rather than the normal two - that is a mechanical and an electrical engineer - significant cost savings were made.

Following the successful visit by Amarinth, the client was very happy and booked Amarinth to make a return call to the rig to undertake some further commissioning tasks.

The Britannia field, discovered in the mid 1970s, was the first in the UK sector of the North Sea to be
operated jointly by two companies, Conoco and Chevron, through the formation of the operating company, Britannia Operator Limited.
Britannia is situated 130 miles north-east of Aberdeen, Scotland and covers approximately 70 square miles. The subsea facilities are located on the seabed in 150m of water and produce 740 million standard cubic feet of natural gas and in excess of 50,000 barrels of condensate per day.

“From the initial discussions with Amarinth to the actual commissioning offshore, we found the service from Amarinth to be very professional and the staff to be extremely helpful. They were keen to optimise pump performance and showed a willingness to offer solution to ongoing problems. This attitude helped the job run smoothly and in a timely manner which is just what you need when working in the offshore environment.”