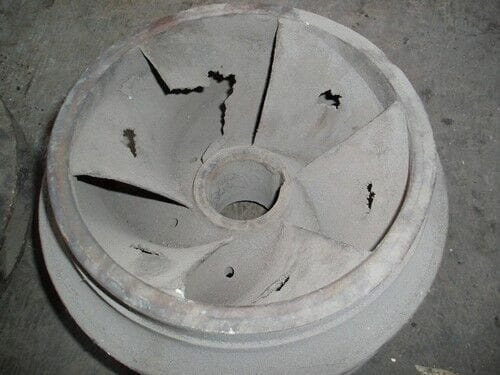 The dwindling oil supplies in the seas and oceans around the world has meant that the oil companies must now find more cost effective means of extracting what resources remain in remote and deep water areas not suited to traditional offshore rigs. The use of Floating Production Storage & Offloading vessels has grown rapidly in popularity but their demands for low volumes of highly specified pumps on short leadtimes poses traditional equipment manufacturers used to selling much higher volumes to offset the investment made in high specification pumps with enormous challenges. Oliver Brigginshaw, Managing Director of Amarinth, a leading company specialising in the design, application and manufacture of pumps and associated equipment, explores how suppliers need to adapt if they are to tap into this growing market.

Oil has been produced from offshore locations since the 1950s. Originally, oil platforms sat on the seabed, but as exploration has been forced to move into deeper waters and more distant locations a more cost effective means of extracting the oil was needed.

The first example of Floating Production Storage & Offloading vessel (better known by their acronym of FPSO) was simply a converted tanker tethered over a well site. Later versions were then purpose built with sophisticated "turret" systems to allow the vessel to turn into the prevailing weather without tangling the umbilical hoses connecting the sub sea well heads with the vessel. Initially this production technique was limited to oil but now there is a new generation designed for LNG.

With advances in sub sea production techniques, deep water fields can now be developed economically using FPSO vessels which can deal with multiple sub sea well heads without the cost previously associated with large fixed or jack-up platforms. Once the field has been exhausted then the vessel can be towed to a new location or back to dry dock for maintenance or re-fitting.

The construction of an FPSO vessel breaks down into two sections – the hull and the topsides. The hull is usually based on a standard tanker design and many of these are produced in shipyards based in south-east Asia. The topsides though is where all of the oil or gas processing plant is located to clean up the oil before it can be exported. These processes all require pumping solutions and typically involve separating and compressing the gas before stabilising the crude oil followed by dehydration of seawater and produced water ready for re-injection back into the well or disposal. Finally sand, solids and acid gas are removed.

Sophisticated modular processing equipment
In order to get the most life out of an FPSO vessel, newer ones are built to be adaptable to meet the requirements of the individual well location by virtue of the main pieces of process plant being manufactured as a modular design. There are a number of specialist module manufacturers that have developed their businesses to service the FPSO market, for example DPS - Gas sweetening and filtration, Merpro - sand wash and filtration, Cyclotech - filtration and gas sweetening, and Petreco - gas compression and amine packages.

For all of this processing plant to operate reliably around the clock, the pumps chosen by these specialist manufacturers have to be designed to withstand an extremely harsh environment, from the acidic composition of the oil and gas through to highly abrasive sand. In addition to meeting the specific technical demands though, each of the process plant manufacturers faces a common and major challenge in procuring the right equipment - leadtime. The target time to fit out an FPSO vessel is often less than 52 weeks from start to finish and out of that the time given over to the procurement of equipment can often be as little as 20 weeks.

Given the specialist nature of these vessels, the number of pumps they require for each project is small but the specifications are often involved and so the support delivered from the larger pump suppliers can be sporadic as they usually work to larger volumes to create a viable business model. The process module manufacturers also generally do not have rotating equipment specialists and so do need guidance and support in the selection and application of pumps to meet the unique needs of each vessel, many of which have very limited space and in particular headroom which means that serious problems are likely to occur with such a low NPSH available environment.

Challenge of restricted headroom
For example, when Amerada Hess commissioned a sophisticated filtration system that would enable its Triton FPSO vessel located in the North Sea to meet OSPAR regulations it had only 26 weeks to complete the work or face heavy penalties. The lack of decks and therefore headroom in the vessel meant that the ten high specification pumps required to pump produced water had to operate with an extremely low NPSH leaving them prone to cavitation, which could seriously shorten their working life.

To design a totally new pump was out of the question and so to meet the exacting requirements within the timescales, Amarinth developed an innovative solution by uprating a proven heavy duty ISO 5199 chemical pump to API 610 through the use of new bearing brackets and sophisticated upstream pumping mechanical seals that utilised the sea water to provide a supply of cool clean buffer fluid to the seal faces to ensure reliable operation on this abrasive media.

Unknown duty conditions
FPSO vessel operators also require flexible and timely support from their suppliers to deal with the many changes that can happen during the life of a contract. In some cases the final destination for an FPSO being fitted out is not known until well into the contract, meaning last minute alterations have to be made to suit the final operating environment.

Aker Floating Production posed such a problem when fitting one of its SMART FSPO vessels. At the time Amarinth were approached to supply the pumps Aker had no lease agreed for the vessel and so did not know which field the FPSO would be deployed to nor the exact duty conditions of the pumps.

Design changes continued until the last minute and the duty details were only issued weeks before final test. Amarinth remained flexible enough to keep to the timelines before finally tuning the pumps to achieve the specified performance and pass final DNV witness tests successfully. The final location of the vessel also produced the need for additional documentation in a format laid down by Reliance, all of which was delivered within the specified deadline.

Good working partnerships
Amarinth has carved an important niche for itself in serving the pumping needs of the major equipment providers to FPSO vessels. To achieve this though the company purposely designed all of its pump series to ensure that bespoke versions of its high performance API 610 pumps can be produced in relatively short leadtimes. In addition, this thinking also enables small quantities of its pumps to be manufactured in sophisticated materials with minimal impact on leadtimes.

The growth in specialist oil and gas exploration and production plant such as that used on FPSO vessels has opened up new opportunities for equipment manufacturers such as Amarinth, but to be successful those companies must be prepared to work closely with the customer’s exacting requirements from initial enquiry through to post sales and perhaps most importantly, instil within their companies real business agility and a strong “can do” attitude.

A good working partnership must also be developed with the process equipment suppliers, particularly during the bid process, so that the design can meet the developing but often unknown needs of the vessel, and then in delivering close support during the contract execution, particularly with producing the documentation packages which are so crucial to meeting the tight deadlines set by the FPSO vessel operators.