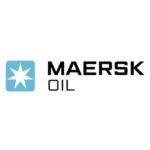 
The relationship between Maersk Oil North Sea Limited and Amarinth is a special one that has developed over seven years with Amarinth delivering ever increasing value to Maersk. In 2003, soon after Amarinth was founded, Kerr McGee was one of the first companies to trade with Amarinth placing an order for spare parts for Girdlestone pumps. Amarinth won this order by responding quickly to Kerr McGee’s needs and advising exactly what was required, whereas the new owner of Girdlestone Pumps did not. One year later, Kerr McGee initiated a single source supply contract for Girdlestone pump spare parts. Unfortunately the Kerr McGee engineers were not comfortable buying parts from a supplier other than the OEM and so chose to place the contract with the OEM. Undeterred though, Amarinth continued to supply parts where the OEM was unable to identify them correctly or took too long to respond.

At the end of 2005, Maersk acquired Kerr McGee and soon after Amarinth won an order from Opus Maxim for API 610 pumps for the Compact Flotation Units (CFUs) to be installed on a Maersk North Sea platform. This project had particularly tight space constraints but Amarinth found an innovative solution by redesigning the pump base plate, offering low NPSH pumps and supplying its own Protect System seal support systems. This saved the project significant money (as no major changes to the rig were required) and more importantly ensured leadtimes were met. In 2008, Amarinth secured a further order from Alderley Process for pumps to be used for the Maersk Half Dan Project in the Danish sector of the North Sea.

Later that year, Amarinth won an order direct from Maersk Oil North Sea to replace a Girdlestone pump bearing bracket which had been repeatedly unreliable. Drawing on its previous experience with other North Sea operators, Amarinth analysed and redesigned the bearing bracket enabling the pumps to operate reliably. After a number of months of faultless operation Maersk purchased a second unit.

In 2009, the single source supply agreement for the Girdlestone spare parts contract at Maersk once again came up for tender. Following all of the hard work and support provided by Amarinth over the previous six years, the Maersk engineers had full confidence in Amarinth’s capabilities and awarded them the contract. Amarinth then went one step further and developed a document for Maersk to aid the identification of spare parts. This enabled maintenance engineers to easily understand what items had failed or worn out and therefore needed replacing and ensure this was communicated to Amarinth easily. Recently Maersk Oil North Sea further strengthened its relationship with Amarinth placing an order for two critical Foam Pumps, part of the fire fighting capability on the Janice Platform. 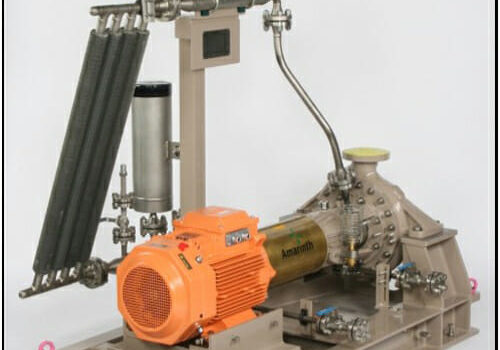 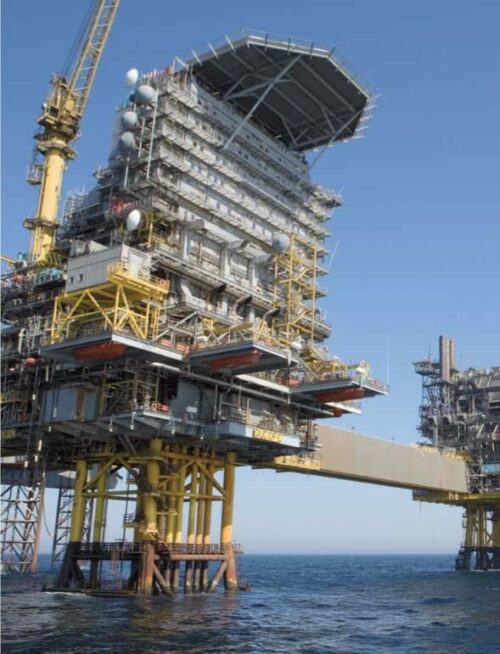 Maersk Oil was established in 1962, when Mr A.P. Møller was awarded the Concession for oil and gas exploration and production in Denmark.

Today, Maersk Oil is an international oil and gas company operating an oil production of about 600,000 barrels per day and a gas production of up to some 1,000 million cubic feet per day.
Activities are on-going in, amongst others, the Danish, British and Norwegian sectors of the North Sea, Qatar, Algeria, Angola, Kazakhstan, Oman, Brazil and the US Gulf of Mexico.

Maersk Oil has been amongst the leaders in developing solutions tailored to meet the North Sea challenges. The main part of Maersk Oil’s operated production is from low permeability, high porosity chalk and limestone reservoirs, which prior to the 1980’s were deemed unattractive due to low production rates.

“Despite our engineers initially considering Amarinth as a parts “replicator", Amarinth’s determination to demonstrate to us that it was much more than this has developed into a beneficial long-term relationship and Amarinth has become our supplier of choice for a number of critical engineering needs.”