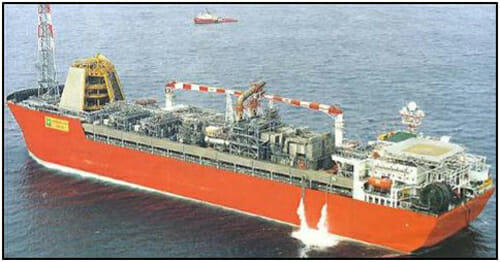 A hostile environment - BP Exploration and Production was facing reliability problems with an existing API610 pumps aboard one of its Floating, Production, Storage and Offloading (FPSO) vessels located in the Schiehallion field in the North West Atlantic.

The pump was suffering from repeated bearing failures, but previous attempts to improve reliability had been unsuccessful. Its service company, Sulzer Wood, therefore maintained a pair of pumps to ensure one pump was always in production use, whilst the other one that had failed was then repaired.

In addition to the cost of regularly swapping out the pumps and the associated downtime, with a failure at least every couple of months, it was only a matter of time before a pump would fail before its sister pump had been repaired. It was no use continuing to simply refurbish the pumps as there was clearly a design flaw.

To overcome the problem BP needed a company with specific experience and knowledge of pump design that could undertake a root cause analysis and suggest how the reliability issues could be overcome. Although the pump in question was not originally manufactured by Amarinth, because of their expertise in the design of API610 pumps used in hostile and demanding environments such as FPSO vessels, they were approached by BP/Sulzer Wood to find a solution to the problem.

Designed to a deadline

The pattern of failures meant that Amarinth were given only 6 weeks to work with the damaged spare pump. They quickly set about establishing the root cause of the problem and determined the pump was running hot, mainly due to mis-alignment problems which had been made worse by previous refurbishment of some components. This ultimately resulted in a failure of the bearings and seizure of the pump. The solution was a re-design of the bearing bracket to improve the alignment whilst at the same time up-rating other critical rotating components.

On fitting the modified pump, reliability immediately improved ten-fold, well beyond BP’s expectations. This has led to significant direct savings in maintenance costs and increased the mean time between failures resulting in higher throughput and therefore operating revenues.

BP is so happy with solution that it has subsequently awarded Amarinth the second rotating assembly to refurbish.

Flow simulation of pouring the metal in the foundry.

With Exploration and Production interests in 25 countries, its main areas of activity include the USA, UK, Russia, Norway, Canada, South America, Africa, the Middle East and Asia, although production during 2003 came from a total of 23 countries.
BP has one of the best exploration records in the industry. In the last six years, it has participated in more giant field discoveries than any of its major competitors and has a leadership position in Alaska, the North Sea and in North American gas production.

The problem we were experiencing with repeated bearing failures on our pumps was costing us time and money as well as creating a lot of anxiety. Amarinth quickly analysed the root cause and then designed and manufactured a new bracket all within an extremely tight time-window. We are delighted to report that this has solved our problems once and for all.