In 2009, the Abu Dhabi Company for Onshore Oil Operations (ADCO) awarded $3.5 billion of contracts for its Sahil, Asab & Shah (SAS) Full Field Development project, the biggest on-shore project ever awarded.
Amarinth was awarded its very first order on the SAS project by Petrofac towards the end of 2009. The order was for $3M of API 610 vertical and horizontal pumps.

Amarinth has always engaged with customers as early as possible in the project lifecycle, often spending more time than is the norm to fully understand the end-user requirements.
The company endeavours to include all end-user technical specifications into its quotation and pre-engineering systems, speeding up the process of responding to new projects for an end-user whilst delivering precise technical specifications and ensuring all of the knowledge and skills gathered throughout the project lifecycle is shared across subsequent projects, regardless of the type of pump or the package provider it is working with on a particular project.
Using this approach on the SAS project the benefits became clear as Amarinth developed a detailed in-depth awareness of ADCO specifications. Petrofac recognised this knowledge was transferable between work packages and started recommending Amarinth to the package providers.

In 2010, Petrofac recommended Amarinth to Petronash. Amarinth’s project approach proved crucial as Petronash was having some difficulties fully grasping the ADCO testing procedures.
Amarinth already had a quality plan in place for ADCO’s project requirements and so was able to share this with Petronash, guiding them regarding ADCO’s requirements and reducing both cost and time within the project, a major benefit to all concerned.
Petrofac next recommended Amarinth to Tecnicas Reunidas which placed its first ever order with Amarinth for a variety of process pumps totalling $800K. Understanding ADCO’s documentation requirements proved critical to the smooth running of this contract with three languages across three countries being involved.
Finally, Global Engineering Systems approached Amarinth, again on Petrofac’s recommendation, for filter feed and back wash pumps for the project.
With all of its experience of supplying the other packages and having submitted extensive documentation to ADCO previously, the execution of this new contract became extremely trouble-free. There were no delays and the pumps were delivered on-time despite the complex nature of the specifications associated with a relatively small quantity pump order.

Clear benefits to all

Petrofac has gone on to recommend Amarinth to two more of its package suppliers on the SAS project needing pumps but that were not fully familiar or aware of the definition of “project compliant” pumps. Any of these contracts could have cost the client more but Amarinth used its integrated approach and the knowledge shared through its engineers, many who have now worked on a number of ADCO projects, for the benefit of all, including ultimately the end-user, ADCO itself. With its accumulated knowledge, Amarinth has been able to deliver much sought after cost and time benefits to both the package suppliers and therefore the end-user on the SAS project. For ADCO the benefits of the Amarinth approach are simple, guaranteed on-time delivery and controlled cost management. 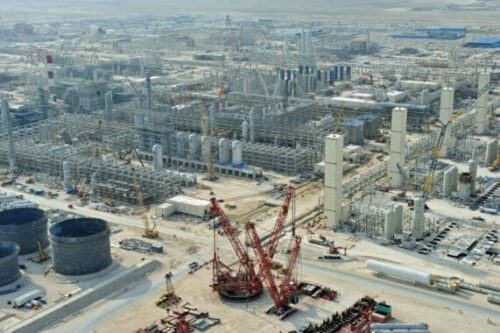 “Amarinth's previous experience of supplying pumps to ADCO for the ASAB, Sahil and Shah projects was a driving factor in our decision to select them as our vendor for our order for the same sites. We were able to utilise their 'project know-how' of the client specification requirements and scope to ensure we had a compliant product, delivered in a timely manner. This proved beneficial as the contract progressed very smoothly, especially when compared to some of the other suppliers.”