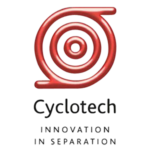 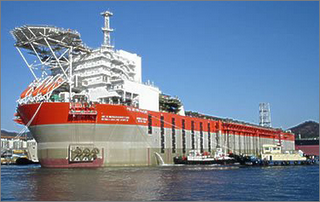 Amarinth has worked with Cyclotech on a number of projects over the years and in 2011 placed an order with Amarinth for three API 610 B Series pumps with Plan 53B seal support systems for its latest project destined for a FPSO vessel.

Inconsistencies and cost of change

Amarinth has found through experience that there are numerous inconsistencies that can occur in specifications as end-users adapt them for their own requirements. If left, these inconsistencies can cause major problems if components are manufactured and then fail inspection, introducing delays and additional costs that the customer will have to pick up.
The cost of change increases exponentially the further a contract progresses, with changes made post-delivery the most expensive to implement and so Amarinth always places great emphasis on ensuring that such inconsistencies are fully addressed with the customer at the kick-off meeting, held soon after an order is received.

With its wealth of experience supplying pumps for offshore and FPSO duties, Amarinth carefully reviewed the specifications for the produced water treatment pumps.
Working closely with Cyclocech the two companies identified that a number of inconsistencies did indeed exist, for example between the requirements detailed by MODEC and NORSOK.
Cyclotech were pleased with Amarinth’s approach of working with them to fully understand the requirements and in proposing resolutions to the inconsistencies, even if this slowed the review stage. Cyclotech fully understood that this would be beneficial to the overall timescales, costs and meeting the deadlines as the project progressed.

Change requests also have major impact on costs and on-time delivery, particularly where it involves changes to documentation. In this project he FPSO vessel was to be one of three, and towards the end of the contract it was decided to amend documentation to suit the three different vessels.
This meant carefully editing almost 100 documents to incorporate, what on the face of it, seemed fairly minor changes. Had this been considered at the outset there would have been no cost or time penalty, however late in the project, even with Amarinth’s forward planning, a cost penalty was inevitable.
However, as Amarinth employs a state-of-the-art document management system, in this case the project lead times were not impacted and the costs incurred were significantly less than they would have been with some other pump suppliers. 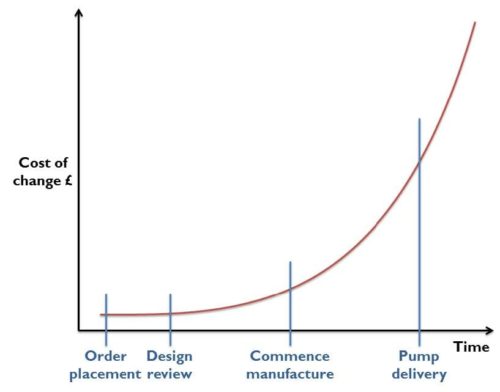 Cyclotech was formed in 1994 as a provider of specialised, compact separation technology and processes to the oil and gas industry.
The company focuses on solutions which directly improve environmental performance and facilitate increased and extended production. These solutions are by their nature highly specialised, combining proven and innovative technology with expert process design, and seek to deliver the profitability required to sustain technological advantage.

“As package manufacturers we can sometimes be caught in the middle between the component supplier and our customer. Our job is to keep the project moving to ensure on-time delivery of our package and so we appreciate all the help Amarinth engineers have provided in reconciling the inconsistencies, even if at times it did feel like hard work. We really appreciate why they adopt these detailed processes and we know that the result is a saving in costs for us on this project.”