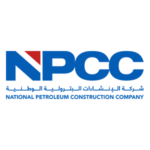 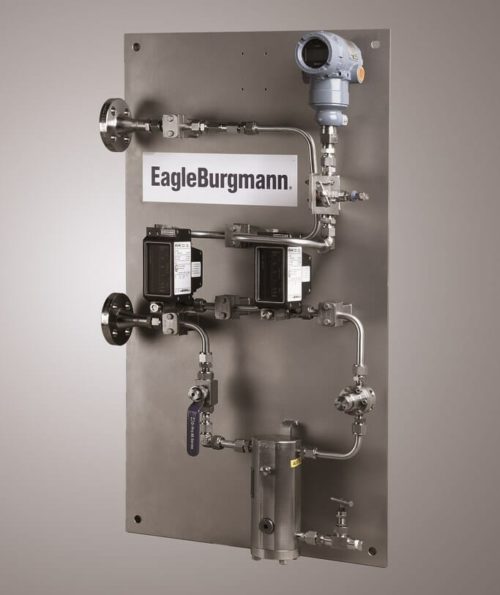 Amarinth was approached by NPCC to supply 28 API 610 VS4 and 8 API 610 OH2 pumps for production facilities in the ADCO operated Bab Thamama field. The requirement was for pumps to include Inconel shafting (to withstand the harsh H2S rich environment) and Plan 53B Seal Support Systems.
Plan 53B Seal Support Systems are usually specified to ensure the total containment of pumped fluid but in the case of these VS4 pumps would only be used to control vapour. This led Amarinth to consider whether the simpler Plan 74 Seal Support System could be used instead of the more complex and costly Plan 53B.

Plan 74 Seal Support Systems use pressurised nitrogen to create the seal meaning there is no mechanical contact at the seal faces resulting in less wear, improved seal longevity, less seal failure, higher efficiency and extended maintenance schedules.
When Amarinth and EagleBurgmann reviewed the site as part of the customer requirements they found there was an existing nitrogen feed on-site with a plentiful supply close to where the VS4 pumps were to be located. With the need to only contain vapour, this on-site nitrogen feed meant that Plan 74 Seal Support Systems could be delivered more cost effectively, both in capital cost and through-life cost, than the Plan 53B originally specified.

Amarinth took the lead in a four way collaboration with EagleBurgmann, NPCC and ADCO to design and manufacture the API 610 VS4 pumps with Plan 74 Seal Support Systems to ensure that they would meet all of the ADCO specifications.
The pump was fitted with an API 682 3rd edition double balanced seal cartridge pressurised by the nitrogen supply so that the seal would always remain closed even in the event of barrier gas pressure loss. The barrier gas pressure seal film of 0.5 microns results in frictionless operation generating no heat and no wear during normal operation.
The Plan 74 seal support system prevents pressure fluctuations from the external nitrogen supply by regulating the supply via a pressure control valve. The control panel offers visual flow and pressure indication and includes a low pressure alarm in case of pressure loss.

As part of what had now become a full turn-key solution, Amarinth designed the components and interconnecting pipework to bring the nitrogen supply to the VS4 pumps. The pipework had to fit around the limitations of the site layout and this involved Amarinth in a significant amount of coordination as there were many alterations and conflicting demands from the various interested parties such as pipework engineers, electricians and process designers, all of which has to be taken into consideration in the final solution.
Finally, Amarinth has offered commissioning services to assist on-site once ADCO are ready to start this phase of the project. 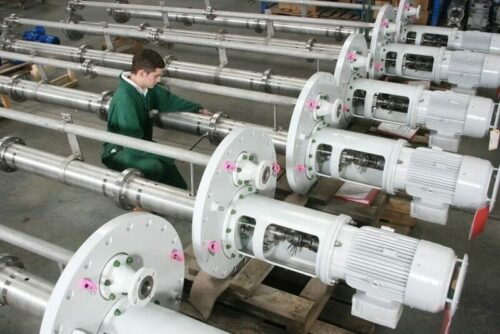 The National Petroleum Construction Company (NPCC), as an established global construction company providing clients with total Engineering, Procurement and Construction (EPC) services in the development of offshore and onshore Oil and Gas

“EagleBurgmann and Amarinth have developed an effective technical working relationship to support its customers and this collaborative approach has again resulted in an innovative sealing technology that has delivered benefits to our joint customer.”