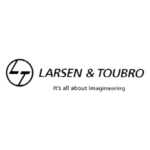 Preventing emulsification - The relationship between Amarinth and Larsen & Toubro (L&T) began when an engineer from L&T posed a question about low shear pumps on an engineering forum that Amarinth happened to answer.

This resulted in L&T approaching Amarinth when the company was contracted by Oil and Natural Gas Corporation (ONGC) to upgrade the capacity and effectiveness of an existing Produced Water Treatment Plant on a platform in the Mumbai High North field in the Arabian Sea. The treatment plant used hydroclyclones for filtering small droplets of oil from produced water coming out of the well production stream. For these to operate effectively it was crucial that emulsification of the oil droplets in the water was prevented, which required “low shear” pumps. The filtration industry defines low shear pumps as those with a speed <1800rpm, head generated 75%.

Amarinth flew to Mumbai to present why its API 610 A-series OH2 centrifugal pumps would conform to the low shear parameters. Using computation fluid dynamics, Amarinth was able to prove that its design met the strict criteria and demonstrated the effectiveness of its pumps. A lot of support was delivered by Amarinth to L&T during the bid process, underlining its depth of low shear knowledge. In addition, Amarinth was successful in gaining ONGC approved vendor status through Siemens during the bid process. L&T finally selected Amarinth over other European and Japanese manufacturers.

During the bid process, Amarinth managed the documentation through its web enabled document management system, which attracted a lot of interest. With a tight 26 week delivery deadline, a lot of specifications from ONCG, and 4,500 miles between Amarinth’s office and L&T in Mumbai, this system now became crucial in expediting the contract documentation. L&T was able to view the status of all contract documents on-line and download the latest documents 24 hours a day. Audit revision history could be reviewed on-line and a real-time status report could be requested at any time, despite the 6 hour time gap. This all proved key in keeping the document flow up to speed with the contract. Witness testing over the internet When it came to testing the pumps, delays waiting for visas to be granted was impacting the critical path and threatening delivery. Amarinth came up with an innovative arrangement using a web video camera so that the test process could be witnessed over the internet in the presence of L&T’s designated inspector from Bureau Veritas Inspection agency. The technique proved very successful and popular and enabled the pumps to be tested on-time. Additionally, a significant cost saving was made by removing the need for someone to come over from Mumbai.

Video witnessing of pump testing is now being allowed under the latest issue of the API 610 standard (ISO13709) and this contract has provided a vision of the future of the international oil and gas equipment purchasing process. The majority of such transactions can now be accommodated over the internet with transmission of data via e-mail, clarifications by conference calls and webinars, full visibility of the production and documentation progress via the website and production testing witnessed over the internet.

Larsen & Toubro is a technology, engineering, construction and manufacturing company. It is one of the largest and most respected companies in India's private sector. Seven decades of a strong, customer-focused approach and the continuous quest for world-class quality have enabled the company to attain and sustain leadership in all its major lines of business. Larsen & Toubro has an international presence, with a global spread of offices. In recent years it has seen overseas earnings grow significantly. And the company continues to grow its overseas manufacturing footprint, with facilities in China and the Gulf region.

“Amarinth is truly using all modern technology in all aspects of its business to make the whole contractual process as simple and cost effective as possible for its partners.”