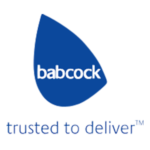 Critical pumps in cooling system - HMS Albion is a Landing Platform Dock (LPD) and was launched at Barrow-in-Furness in March 2001.

The ship’s roles are to act as the afloat command platform for the Royal Navy’s Amphibious Task Force and Landing Force Commanders when embarked and to embark, transport, deploy and recover troops with their equipment and vehicles which form part of an amphibious assault force.
The radar systems on HMS Albion are cooled by a York International refrigeration system, which is absolutely key whilst the vessel is operating in the hot Gulf conditions.
The refrigeration systems are very compact and the pumps are packaged right in the heart of the system surrounded by pipe work. The original pumps were manufactured by Girldestone Pumps and only these will fit without a lot of modification.

Removing the pumps from the system for maintenance is a major task involving partial dismantling of the cooler pipe work and having to lift the pumps over a lot of obstacles with limited headroom because of the deck above in order to carry out major maintenance work.
If there was a significant failure of the pumps the consequences are significant. The vessel can bring other pump assets on line to help but that degrades other systems elsewhere. Therefore reliability of the pumps is paramount to reduce any unplanned maintenance.

During a recent scheduled maintenance visit at Devonport, the original four pumps were due for renewal. However the current owner of the Girdlestone pump operation was not prepared to assist to the satisfaction of the MOD, either with technical advice or replacement equipment within the time and budget required.
Amarinth had previously supported the MOD in overcoming seal problems with the pumps resulting from operating in shallow seas with high sand content. Babcock Marine once again turned to Amarinth to see how the company could assist.

Returned to duty on time

The replacement pumps exactly fit the footprint of the existing ones and so no modifications to any pipework, fittings or electrics were needed within the confined space that was available. This was a major benefit to Babcock Marine, enabling it to complete the scheduled maintenance on-time and return the vessel to service without any delay.
Amarinth subsequently assisted with the commissioning providing rapid after sales support regarding an issue with the motor power.
The alternative to fitting Amarinth's pumps would have resulted in significant delays to the refurbishment of the cooling unit in addition to a period of “de-snagging” post completion of the installation which would be far from ideal on such a critical process. Amarinth will continue to work with Babcock and the MOD on other Girdlestone pump refurbishments project.

Babcock’s Marine division is the major support partner to the Royal Navy. The division also provides services to customers in the civil marine markets and has one of the largest naval design capabilities in the UK.
Babcock currently carries out
approximately three-quarters of the annual maintenance and refit load required to support the Royal Navy’s surface ships and it has approximately 1,000 of its own personnel associated directly with throughput across all of its sites.

“We are delighted that Amarinth could provide such an elegant solution when we were unable to procure replacement pumps from the original manufacturer. Amarinth’s dimensionally and
hydraulically interchangeable N Series pumps saved us not only the expense of
redesigning pipework and base plates, but more importantly saved us a lot of time, allowing HMS Albion to get back into service without any delay.”