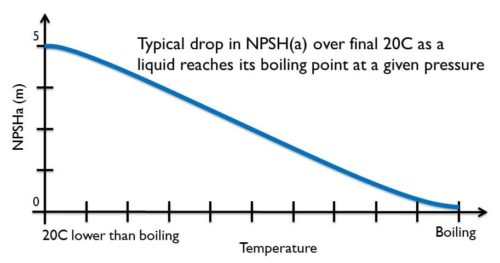 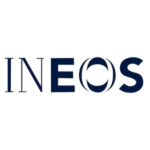 From day one of the operation of the plant the pumps experienced failures with the shaft breaking at the impeller joint. Thereafter the failures continued to occur on a monthly basis causing significant downtime for the plant.

Over a decade BP replaced numerous shafts and impellers and tried alternative solutions in a vain attempt to increase mean time between failures (MTBF), including changing the impeller fixing design on more than one occasion. Although these made slight improve-ments to the running time, the primary fault of cavitation and catastrophic failures continued.

After INEOS acquired the plant in 2008, Amarinth’s UK Sales Manager instigated a visit to examine the stripped down pumps in the workshop and discuss the current requirements against the origi-nal data sheets.
Amarinth quickly identified that the design integrity of the pumps had been compromised and offered to review the original technical data, design and pro-cess duty. Initial conclusions however were inconclusive, as based on the original datasheet the pump design should have been adequate for the duty.

To understand why the pumps were failing, Amarinth proposed a combined review approach involving the VAM Plant Mechanical Engineer and VAM Operations Engineer to investigate the plant operating conditions in more detail.

The data collected was studied by Amarinth engineers and a subtle but crucial discrepancy was identified between the original duty datasheets and the actual operating conditions. The supply temperature into the pump was 133C, but the datasheet requested 125C.

This difference was critical to the pumps operation because under the pressure of the process the acetic acid will start to vapourise at 125C. The original design had assumed the acetic acid would stay as a liquid given the stated supply temperature of 125C whereas at 133C it was vaporising causing pump cavitation and subsequent failure.

On reviewing the pump design with this new data, Amarinth concluded that replacement pumps were not necessary and that the original pumps and systems could be modified to cope with the operating conditions, a significant cost saving to INEOS.

After a joint review of the operating conditions, Amarinth suggested that INEOS increase the rate of recirculation to cool the temperature of the acid at the pump inlet, which also enabled the pump to operate nearer its best effi-ciency point (BEP) than at present. Amarinth also modified one of the spare casings to ensure it was totally interchangeable with the installed runner and stand-by pumps.

Since Amarinth’s recommendations have been put into practice, the pumps have been in service for over a year on a monthly changeover cycle with no failures to date. Previously a MTBF of three weeks was the norm.

“These two hot acetic acid pumps from a Plant Manager's perspective are critical to the operation of the VAM plant. Amarinth's enthusiastic and knowledgeable involvement has dramatically improved the reliability of the pumps and hence the overall efficiency of the plant operation.”

INEOS is a global manufacturer of petrochemicals, specialty chemicals and oil products.

The group comprises 15 businesses each with a major chemical company heritage. Its production network spans 60 manufacturing facilities in 13 countries throughout the world INEOS employs 15,500 people and has sales approaching $45bn and it is the largest privately owned company in the United Kingdom.

The support and experience Amarinth provided throughout this issue resulted in both a cost effective and more reliable pump solution. Amarinth's support and desire to help identify the root cause of the failure was their strength. They concentrated on the crucial factors of our challenge to help resolve what had been a long standing problem.