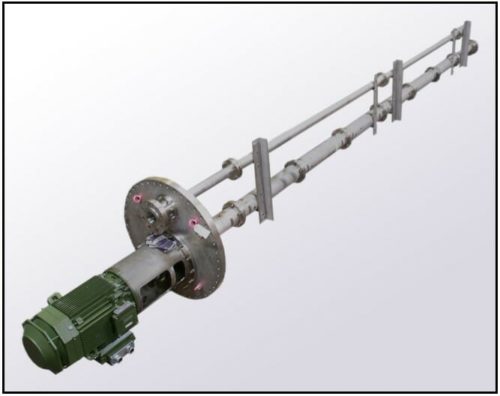 The 1,768 kilometres Baku-Tbilisi-Ceyhan pipeline, the second longest in the world, delivers oil from Baku in Azerbaijan to Ceyhan on Turkey’s Mediterranean coast. Commissioned in 2006 the pipeline delivers one million barrels of crude per day and crosses into Georgia where it runs across an unspoiled valley. In cooperating with this project, the Georgian government insisted that there would be safeguards against pollution should the pipeline stop pumping. The solutions involved constructing sumps in the base of the valley so that if the pipeline had to be drained the sump would contain the pipe volume which could then be pumped out and disposed of in an environmentally sensitive manner.

The sumps were to be buried in the ground to disguise them with just a small hut at ground level for access. The distance from the ground to each sump varied from location to location, but was some 10 metres and so well outside the 6 metres scope of standard sump pumps. A further complication came from the extreme sub-zero weather conditions. This dictated that all maintenance had to be undertaken in the hut, but with only 3m of headroom the pumps had to be capable of being dismantled into sections which could be fed into place, assembled in-situ and then removed again for subsequent maintenance. In addition the pumps had to be durable and reliable, potentially remaining unused for long periods of time and then operating flawlessly until any emergency was over.

BP approached a number of companies but Amarinth was the only one to show any interest in this technically challenging project. Using a modular approach that it had recently pioneered for vertical sump pumps, Amarinth was able to deliver 80% of the pump from its “standard library” whilst concentrating efforts on a design that allowed the shaft and columns to be split every two metres so that the pumps could be removed in sections. With its innovative approach to vertical sump pump design, Amarinth was able to quickly and easily achieve the requirements well within the deadlines set by BP, the pipe line operator.

Capping off the project

The final order placed was for three API 610 VS4 vertical sump pumps with lengths of between 8.2m and 8.4m manufactured in stainless steel and low temperature carbon steels to withstand the extreme winter weather conditions in the region. The pumps were delivered and installed on schedule and are now ready to avert any environmental damage should there be a problem with the flow of crude through the pipeline. 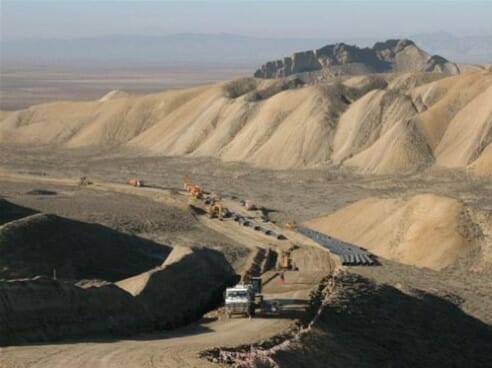 The activities of BP Exploration and Production include oil and natural gas exploration and field development and production as well as the management of crude oil and natural gas pipelines, processing and export terminals and liquefied natural gas processing facilities.
With Exploration and Production interests in 25 countries, its main areas of activity include the USA, UK, Russia, Norway, Canada, South
America, Africa, the Middle East and Asia, although production during 2003 came from a total of 23 countries.
BP has one of the best exploration records in the industry. In the last six years, it has participated in more giant field discoveries than any of its major competitors and has a leadership
position in Alaska, the North Sea and in North American gas production.

“The Amarinth pumps were located at the EDDF site and were installed and commissioned without any problems. Amarinth was very responsive and quickly sent additional copies of their operating and maintenance manuals in time to be used during the pump installation. We were very pleased with the support we received which is vitally important when working in remote locations such as this.”