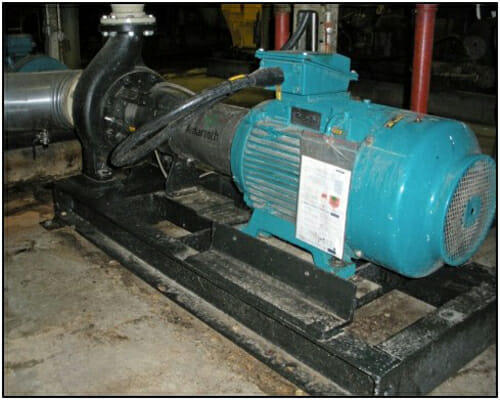 British Sugar’s Bury St Edmunds plant is the largest milled sugar plant in the UK and is capable of processing 250,000 tonnes of sugar annually. During a process improvement project at the plant, the company identified that one of the bottlenecks in the system was the throughput of the pumps that moved the sugar juice between the large storage tanks and the syrup conditioning system. The original plant had six Girdlestone pumps located between two stations. At any time, each station had two pumps running in parallel and one on standby. The company determined that by changing the two running pumps in each station to a single larger duty pump per station it could control flow rates more accurately than two pumps in parallel and increase the throughput whilst also reducing running costs.

The project had to be completed within strict budgets and timeframes though, and so any way to reduce costs over purchasing all new pumps was paramount. British Sugar approached Amarinth, with whom they had worked with previously on similar Girdlestone projects in both Bury St Edmunds and other factories, to investigate how this could be achieved.

British Sugar had recently decommissioned two Girdlestone pumps from their factory in York that looked suitable for this new project and so to reduce the capital outlay for the project Amarinth proposed using these two bare shaft pumps in the Bury St Edmunds project. This meant that only two new pumps would be required. Amarinth fully refurbished the decommissioned Girdlestone pumps and then mounted them on heavy duty base plates with couplings and motors to British Sugar specifications. Two new Amarinth C Series pumps were then selected that were dimensionally and hydraulically interchangeable with the refurbished pumps. This meant all four pumps were identical and so could operate side-by-side and be moved around without any impact. All four pumps were then hydrostatically and performance tested to ensure the customer specified duty conditions were met before being commissioned into service.

Refurbishing the redundant pumps delivered a cost saving of over £10,000 capital investment. Further, from a maintenance perspective, with all four of the pumps having identical liquid ends even if one of the pumps from either station went down, British Sugar still had two stand-by pumps to choose from, thus delivering a further cost saving by eliminating the need to purchase any additional operating spares. Both the reconditioned and the new pumps have performed flawlessly together and have been maintenance free since installation. Amarinth will be working closely with British Sugar on any future improvement projects involving their existing Girdlestone pumps. 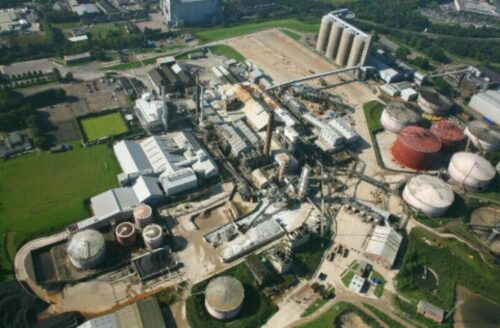 British Sugar recognised as one of the most efficient sugar producers in Europe.
Located in Norfolk and the East Midlands, its state-of-the-art processing plants can match anything in the oil, chemical and power industries for complexity. Together, they extract over 1 million tonnes of sugar from home grown sugar beet between  September and March every year.
Employing a total permanent labour force of nearly 700 people the factories operate round the clock, 24 hours a day, seven days a week, Christmas Day, Boxing Day and New Year's Day included.

“If we had not involved Amarinth at the early stage of this project it would never have been approved. Amarinth’s unsurpassed knowledge of both its own products and the Girdlestone pump ranges combined with its willingness and enthusiasm to work with the customer is invaluable to British Sugar at the Bury St Edmunds site as well as our three other factories operating within the UK. We would have no hesitation in involving Amarinth in any future projects involving centrifugal pumps or the refurbishment of other redundant Girdlestone pumps that became available.”