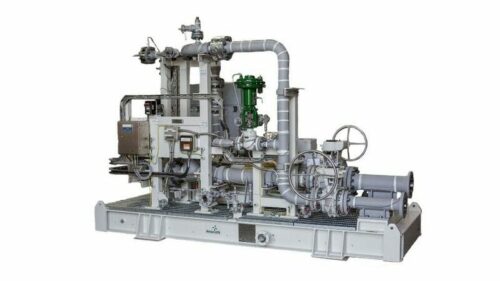 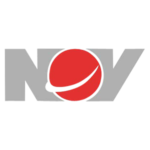 After package requirements - When National Oilwell Varco required an API 610 pump skid package for a water treatment plant it was building in Singapore for an offshore platform destined for the Mariner field in the North Sea, the company turned to Amarinth for its proven expertise in offshore skid design and packaging. Amarinth had undertaken similar complex skid packaging for Petronas and was already a recognised licenced supplier.

This was a challenging requirement as the package was constrained by the existing project that was already well underway. The specification was for a 3.6m x 1.5m skid which required the pump, seal support system and all associated pipework, monitoring and ancillary equipment to be contained within the skid footprint with hook-up and piping termination points to the platform already determined, and furthermore delivery was required in just 38 weeks.

1. Packaging the complex pipework within the available space without generating excessive losses.
2. Ensuring no loads or movement was projected to the existing pipework on the platform.
3. Maintaining serviceability around the skid package.

The restricted space required routing of the pipework through numerous tight turns in order to connect the pump, risers and valves and mate with the existing pipework.

To ensure the pump package could meet the stated duty, detailed technical calculations had to be undertaken factoring in all potential frictional losses for the constrained pipework assembly.

Sliding baseplate
Finite element analysis was used to evaluate the fixed pipe loads, ensure their structural integrity and make sure no loading would be passed through to the platform’s pipework. A sliding baseplate was engineered using a PTFE layer in the baseplate, isolating the movement of equipment during start-up, operation and shutdown of the pump.

Additionally, to protect the pump during low flow situations, a flow meter and low flow bypass control valve were incorporated and heat tracing was installed for frost protection.

Human simulation modelling
With all of the ancillary components such as terminal boxes, switches, flow meters and control valves that are usually placed off the skid having to be contained within the footprint, Amarinth used human factor software to simulate human movements such as ensuring operators and maintenance engineers could complete their tasks unhindered in and around the skid.

The positions of cable trays, gratings and walkways around the skid were all carefully considered using humanoid representations in the software to ensure that engineers were able to reach all he necessary parts of the package.

Engineering agility
Amarinth’s willingness to look at challenging problems combined with its engineering agility to design bespoke skid packages on short lead times ensured a suitable pumping solution for the water treatment plant was delivered on- time enabling NOV to meet its schedules agreed with the end-user.

National Oilwell Varco is a worldwide leader in the design, manufacture and sale of equipment and components used in oil and gas drilling and production operations, and the provision of oilfield services to the upstream oil and gas industry.

“Amarinth's engineering solution to this challenging specification proved invaluable and we were able to work effectively throughout the project to deliver this critical equipment.”